With all of the high IQs running around the Conversion Sciences lab, it’s easy to overlook simple sources of genius. Caine Munroy is one.

Caine built an arcade in his father’s auto parts store out of cardboard and odds and ends. And this arcade was not unsophisticated, employing ticket dispensers (manual), a PIN verification system (calculators taped to the sides of the games) and an intuitive pricing scheme.

The pricing system was so smart that it made filmmaker Nirvan Mullick to create a short called Caine’s Arcade.

Five plays for one dollar or five hundred plays for two. Would he ever sell anything other than the two-dollar ticket?

Caine was even smart enough to give the high-end ticket a cool name. He called it the “Fun Pass.”

What businesses can learn from Caine

What Caine did naturally is what Dan Ariely teaches us in his book Predictably Irrational. When offering options, you want to make your most expensive or most profitable selection the most desirable. Otherwise, buyers are likely to choose the cheapest selection.

You can achieve this by anchoring. Here, Caine clustered a five-plays-for-one-dollar option with a 500-plays-for-two-dollars “Fun Pass.” Offering five plays for one dollar sets the value of a play at $0.20, so the Fun Pass looks like an absolute steal.

For more on the psychology of pricing, we strongly recommend that you read Dan’s book and also check out Roger Dooley’s excellent book Brainfluence (That’s “Brianfluence” if you’re dyslexic like me). 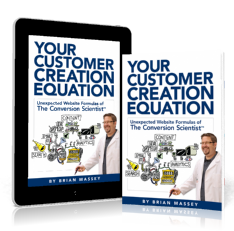